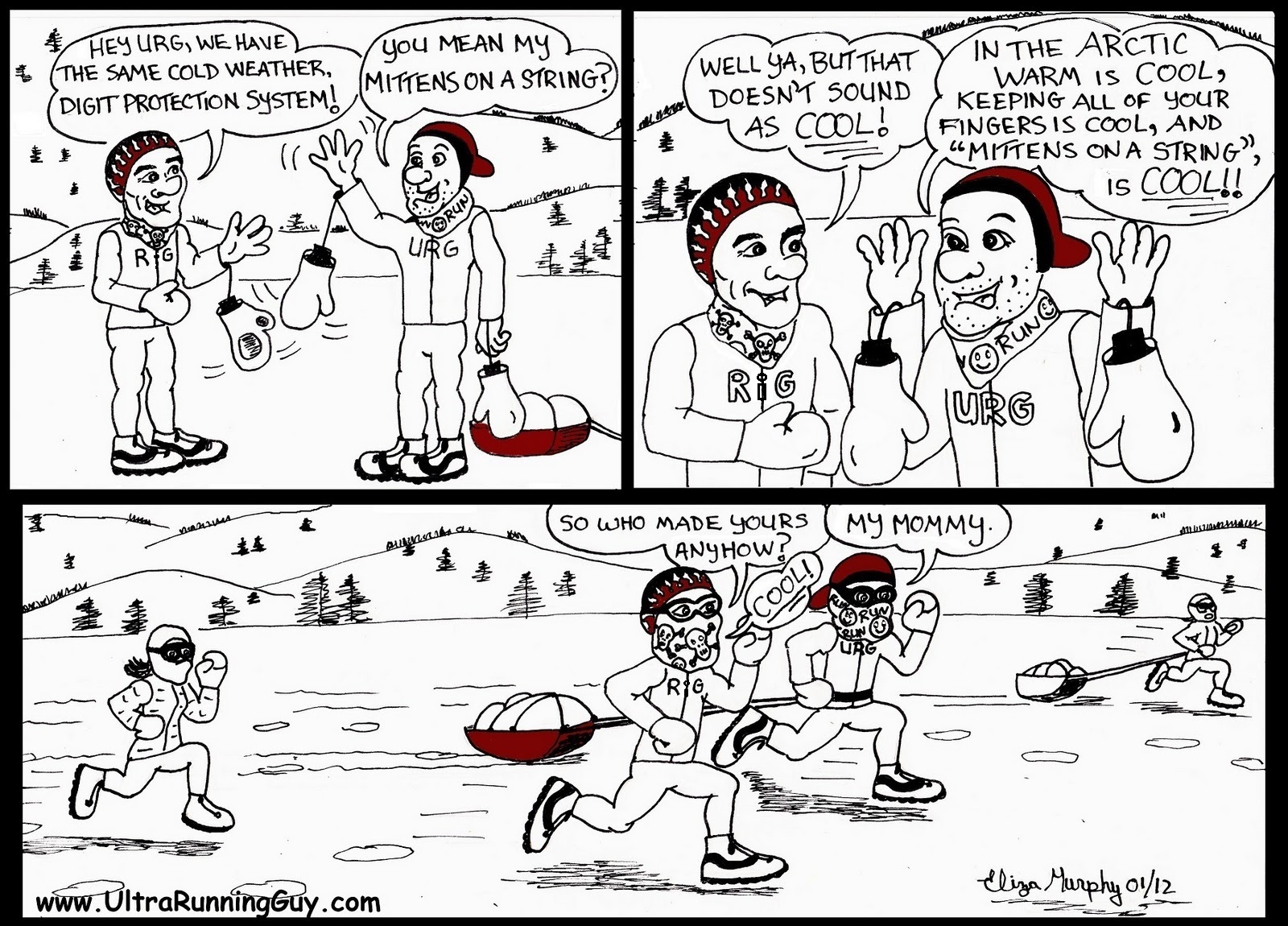 Next Saturday is the Yukon Arctic Ultra where the temperatures have been hitting -40 C lately.
GOOD LUCK to everyone heading north(or south) next weekend including my coach Derrick who will be tackling the 100miler
and David who is giving the Marathon a try.
Posted by Eliza Ralph-Murphy at 8:48 AM 5 comments: 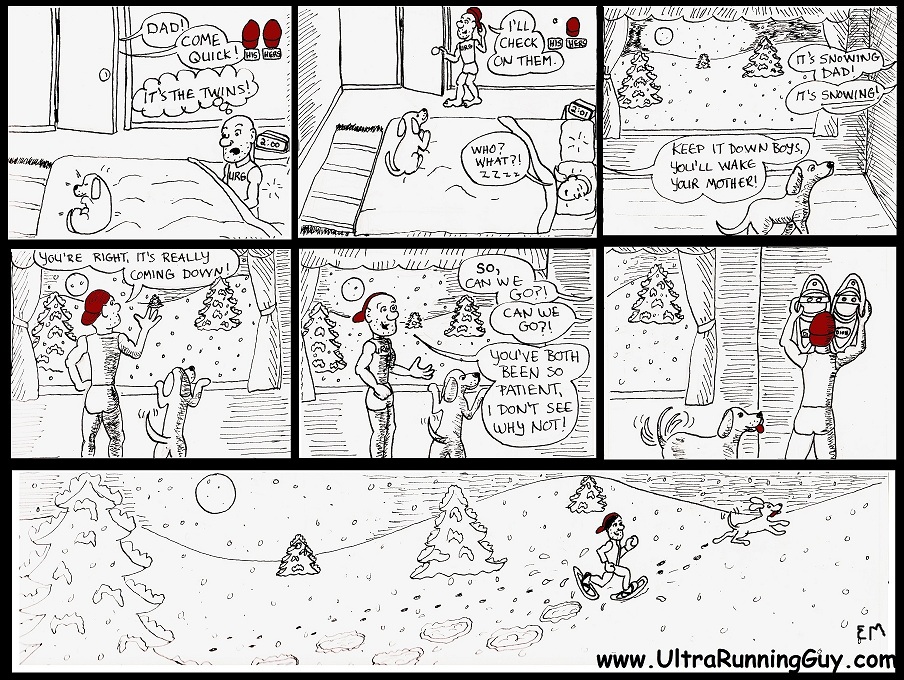 Is this the KEY to RUNNING?


This video was inspired by a comment exchange between Derrick and Keith at Keith's blog.
Posted by Eliza Ralph-Murphy at 7:34 PM 4 comments:

An American URG and An English URG walk into a Pub... Thanks to Keith for sending me the story that inspired this URG way back on November 18th, 2010. It has been simmering on the back burners of my brain since then and to tell you the truth I am relieved to finally get that pot off of my stove to make room for the other things I need to obsess about. As I told Keith I had hoped this would become a one panel gag comic, however it turned out to be somewhat of a "Monster" for me in the end and I was happy to have taken on the challenge of it. Anyhow here is Keith's story -
In September I ran a 100 mile race with Mr Rajeev Patel, maybe you've heard of him. He came over to the UK and we ran the South Downs Way together... we got lost in the middle of the night, missed a cutoff and DNFd but that is another story. During that race we passed through a quaint english village, deciding to pop into a typical english local pub to fill up our water bottles ( we both carried 2x handhelds ). I thought we would quietly ( in a polite english manner ) sneak into the toilets and fill up our bottles there. Not Rajeev. He walks straight to the barman, gives him his water bottles and asks him to fill his bottles. The barman was taken aback a little at this loud talking, presumptious American fellow who was Indian looking. We both had backpacks on and all the wet weather gear of course. Then Rajeev proceeds to order a bottle of beer in thanks... and necks it down. I very politely refused. Rajeev says "come on, come on, it's calories man, calories!!". I again polietly reassured him I wouldn't be participating, feeling a little embarrassed for the barman at my friends 'strange' ( but normal ) behaviour as far as some englishmen are concerned. The barman is surprised and I can almost see his toughts... "who runs a 100 miles while drinking beer along the way". We finished filling our water bottles and went on our way leaving behind the bemused barman and wife. I often wonder what they said to eachother after we left the bar.
Here's a picture of me
Here's a picture of Rajeev
Cheers
Keith
Posted by Eliza Ralph-Murphy at 11:18 AM 7 comments: 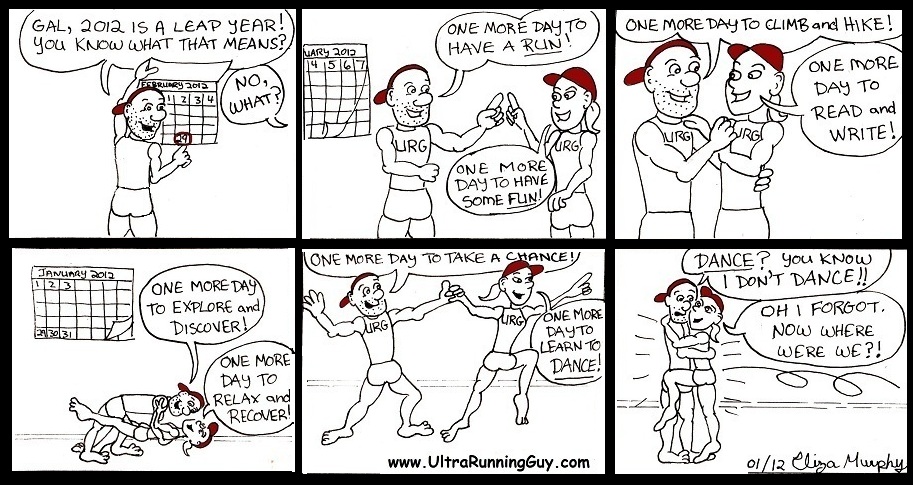