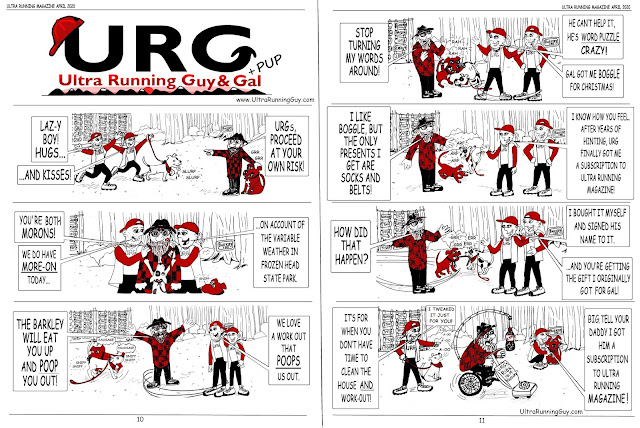 Barkley 2020 is right around the corner which got me thinking what it might be like if The URG's were to gain a coveted spot in the race with, "THE RAZOR SHARP BRIERS AND LOONEY RD". It's hard to believe it's been 8 years since I drew Bev Anderson-Abbs at the yellow gate to commemorate her hard won Fun Run finish in 2012. A feat she has since repeated 2 more times. "The Wizard of Barkley" was about that same race. I remember sending it to the "EVIL Race Director" along with my Haiku poem which was a requirement to gain access to the Barkley google group. I guess I wanted to better understand the mystery which seemed to surround this crazy race. I even had the audacity to send in an application for the race a few years back. You might say I was suffering from "Barkley Fever" when I sent off another application this year. Hey, why not I thought to myself. I know there are Elite spots and Former Finisher spots and spots for long time supporters and friends and maybe just maybe there is a spot for annoying cartoonists also. For those of you who aren't in on the joke, this comic references a couple early URGs, Hug's and Kisses and Wishing You all and Ultra-Holiday Season.

Posted by Eliza Ralph-Murphy at 11:46 PM